Our Covid Story (so far)

When The Open Door Christian Fellowship (TODCF) formed in early 2016, we had two key aims:

·       to recognize the Church as a family – a family in which we share with, care for and lovingly disciple one-another under the headship of One Father

In February this year we met as a Fellowship to discuss our progress.  There was a consensus that we were meeting the first objective with flying colours, but falling somewhat short on the second.   We considered various ways we could engage more with the local community and decided to pray about various ideas such as Coffee Mornings and Carer & Toddler Groups.

I shared our thoughts with the Trustees.  Trustees are mainly responsible for the legal governance of the Church and have no formal Spiritual role.  But as the Trustees are Godly men with strong background in Church leadership, I value their thoughts and guidance.  With great wisdom they suggested that with a Global Pandemic threatening to engulf the nation it may not be the time to start projects that may have to be quickly suspended.  Instead they wondered if putting our efforts into the local community ‘lockdown’ response might be a better way of sharing God’s love.

Within a week of this advice a nationwide shielding plan was put in place confining many elderly and vulnerable people to their homes. We delivered a note to every home on our estate (1,104 houses) saying that we were available to help with shopping, prescriptions, lifts to appointments or simply for a chat.  Responses came in quickly and we were soon providing help in all four of these areas. 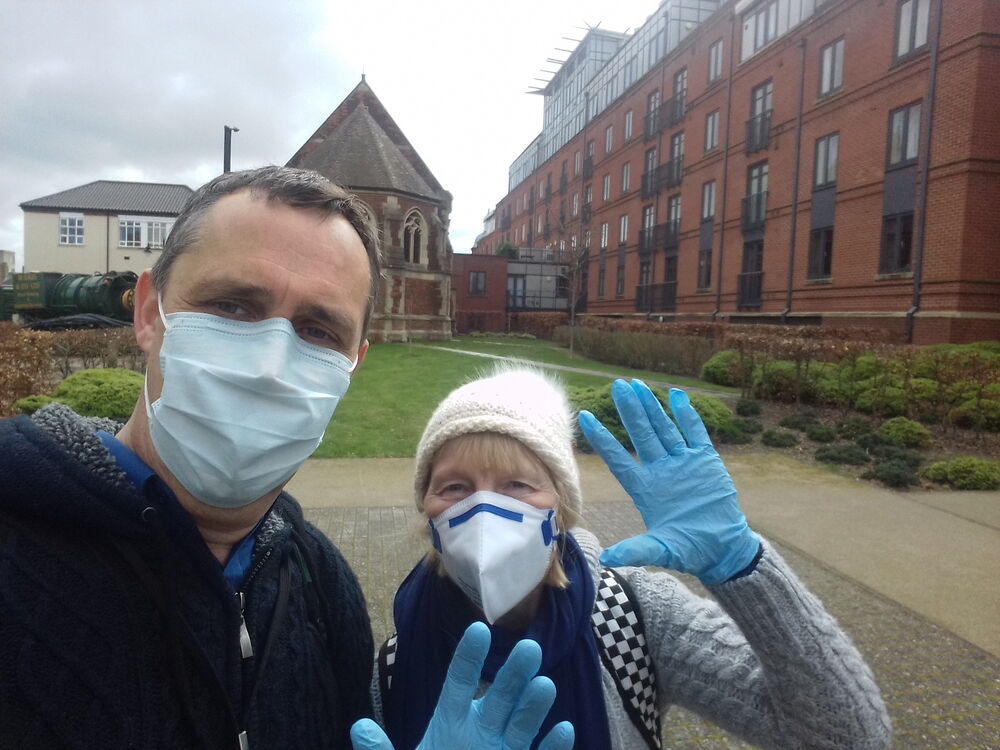 God’s provision never fails to surprise and it soon became clear that He had been preparing us for this work for some years.  Shortly after launching TODCF I started part-time work for a Private Ambulance Company.  I was soon appointed as the ‘Infection Prevention and Control’ Lead for the company, overseeing (among other things) the cleaning of the Ambulances.  With the knowledge gained there I was able to deep-clean our car to ambulance standards and engage a system of being able to offer lifts and other help with minimum risk of infection.  Also, my employer was very supportive of the voluntary work we were doing and provided Personal Protective Equipment (PPE) for our volunteers as well as allowing me to use the ‘fogging machine’ to help deep-clean the car.  God is Good!

As the full lockdown started to bite, calls for help increased and my wife (Mandy) and I were soon doing up to three super-market shopping trips per day.  Everyone was extremely grateful and generally surprised that didn’t want any money for our fuel or time.  We were able to get to know some of our regular callers and build links for the future.  We also became regulars at all the local pharmacies – strengthening our presence in the community.

Early on in the process we were contacted by the local council seeking to know who were providing help in different areas.  At their request we were able to help point vulnerable people on the estate towards the official help available from the council.  We were also contacted by the Council to provide prescription collections for some of the people who had gone to them – widening our circle of contacts further.

Unable to meet in “The Building” (what we call our meeting place; we want to encourage people to know that The Church is the people of God) we turned to Facebook live for our services.  As one who is not used to modern Social Media this presented challenges but allowed us to reach more people than we had done prior to lockdown; our first video was viewed by over 300 people.   We also produced a "Daily Devotional"  on our Facebook Page.  Initially encouraging us all to prayer concertedly, it grew to become a Commentary on some pertinent portions of scripture guiding us each in our daily walk with God.  Although now more an occasional devotional (rather than a daily one) it is still being produced and, God willing, helping people as they read the Bible in these socially distanced days.

For some of the older members of the Fellowship without internet access we contacted family members to see if they could help, enabling at least one member to watch services on her son’s phone. 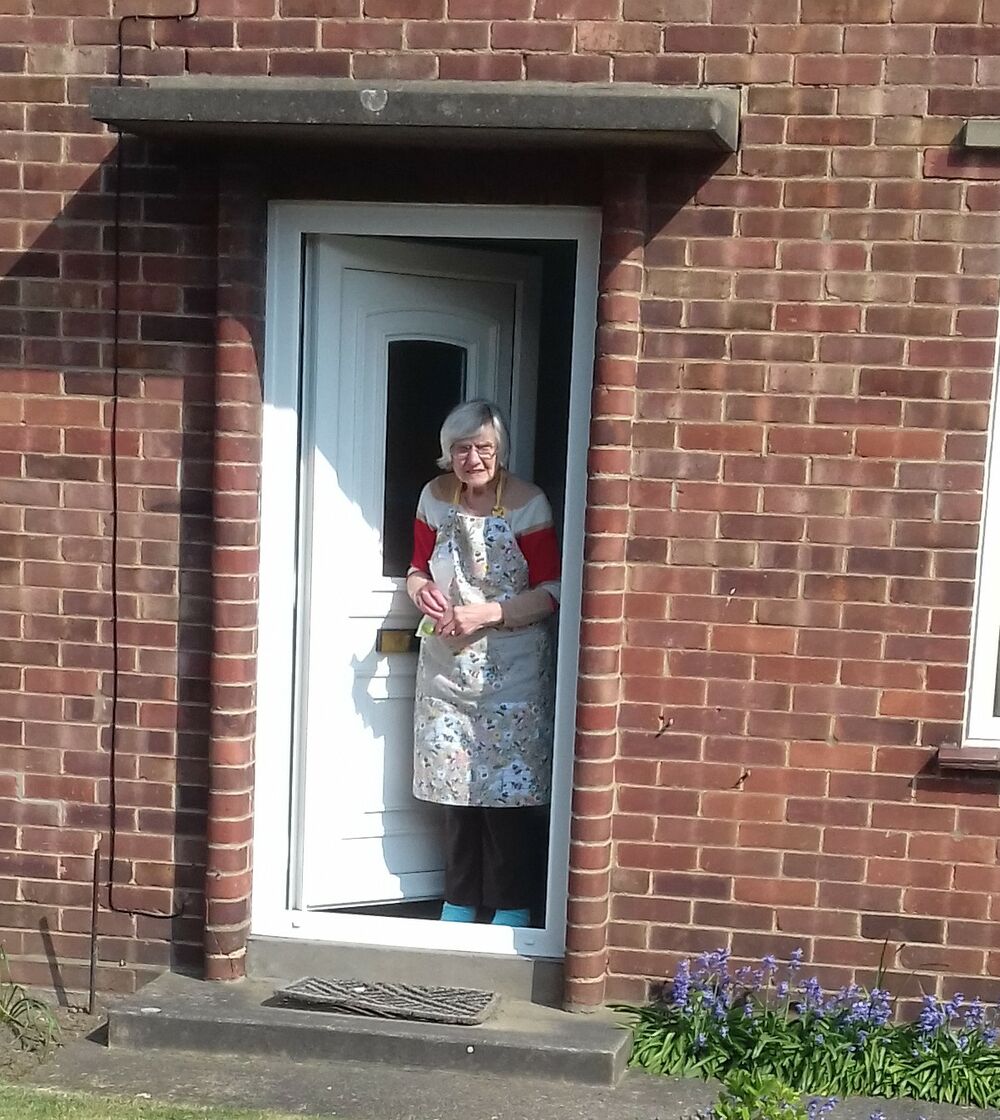 We also tried to keep in touch with all members as much as possible with regular phone calls and the occasional socially distanced chat from the end of the garden path.  Missing Easter together was a particularly bitter blow which we tried to soften with the delivery of Easter Eggs to our members who were shielding. 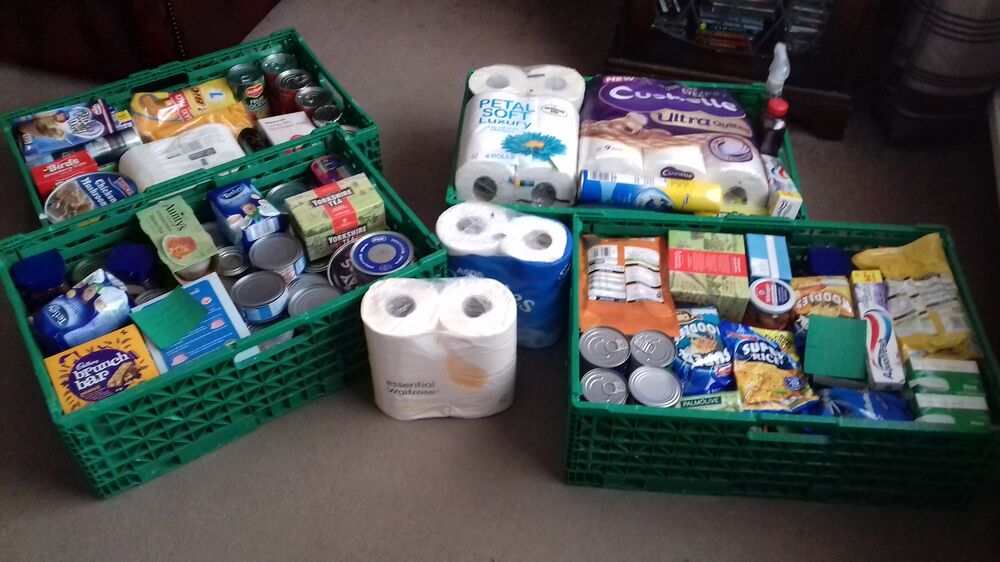 We were very aware that the need for Foodbanks increased greatly during the Lockdown (and continues to increase with so many losing work) but that collecting contributions was difficult.  We made it known to the congregation and published widely through social media that we could accept contributions at The Building by prior arrangement.  This way we were able to meet (if not exceed) our usual level of help to this much-needed service.

As the lockdown has been eased and shielding ended, we have had fewer and calls for help (although still an occasional one, including one as I write this report).  Our thoughts have now turned to the tricky matter meeting together in The Building under the Social Distancing legislation.  Preparations involved contacting our insurers, the local police, the Trustees and following guidance from all manner of para-Church groups.  Risk Assessments were done, daily check-sheets produced, signs printed, hand-sanitizer bought, chairs rearranged and difficult decisions made about how the service would run and what advice to give to our older members.  But on 5th July we met for the first time in fifteen weeks. 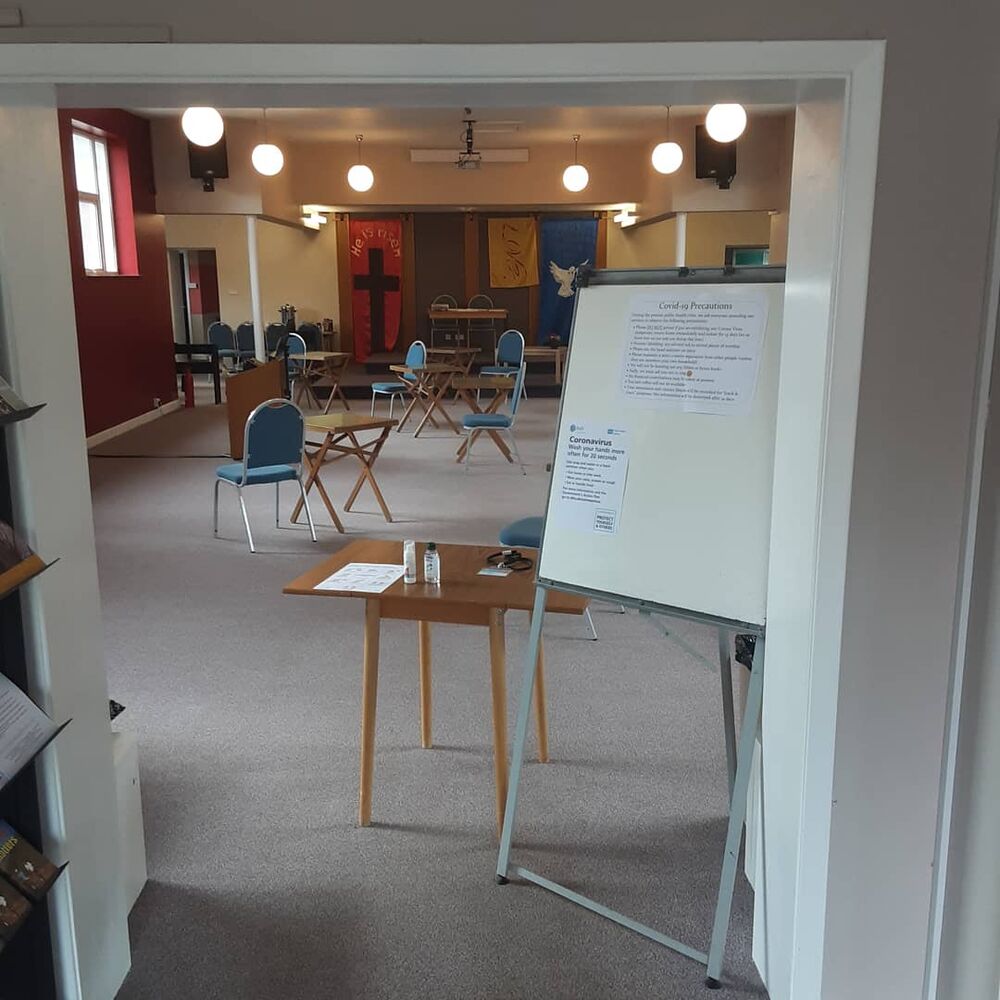 For many months we had been praying for more people to join us, but have discovered that being a small congregation with a decent sized building has been a special gift.  We are able to meet in our building and easily maintain a 2m social distancing.  Even though unable to sing, share refreshments, shake hands, take financial contributions and even having to accept face-coverings it has still been a great blessing to meet and share in services together.  We have even welcomed one new person to our congregation who enjoyed the video services so much they have come along to taste the full experience of worshipping with us:  God really is good!

We did hold one mid-week prayer meeting in The Building before discovering that this may contravene regulations as each person who prays aloud is considered a ‘leader’: multiple leaders are currently forbidden at indoor meetings.  We tried Zoom prayer meetings with limited success and abandoned this approach when Zoom reduced meeting length to 40 minutes. 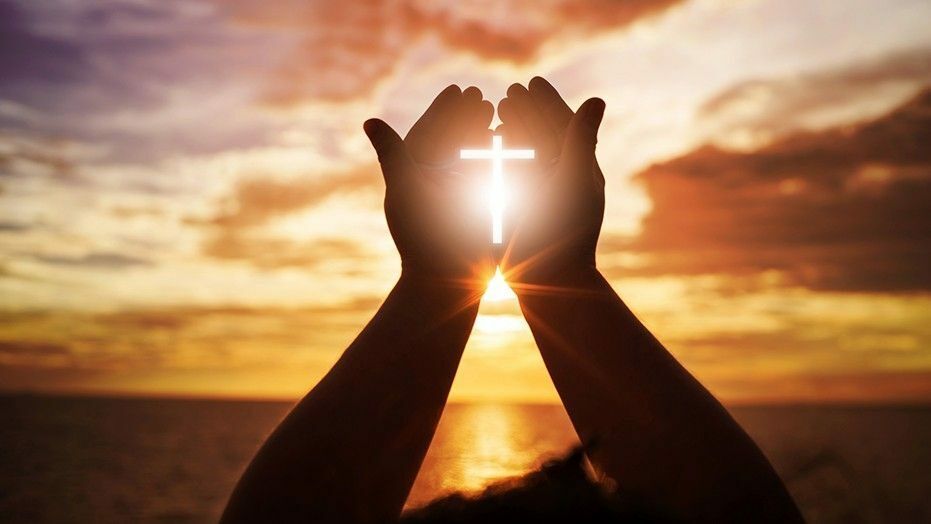 During the war, people gathered in Church Buildings to pray for salvation and God answered those prayers.  In this crisis Satan unveiled his tactic of preventing similar gatherings.  We are convinced that the Church MUST meet and pray and so are exploring new ways of meeting via Facebook and sharing together in prayer even though we are all in own homes.  The Spirit unites us even when location separates.

As a Pastor, what has been particularly pleasing has been seeing how members of the Church have grown Spiritually during these difficult times and have pulled together rather than being pulled apart.  It is a testament to them, their faith and our wonderful God that we are stronger now than 5 months ago.

We pray for the day when we can invite the estate, especially those we got to know through the help-out scheme, to a service of thanksgiving and fill the area with the sound of people praising God.  In the meantime we praise Him for keeping all of us in the congregation safe during the pandemic and for keeping us together as the Church family He wants us to be.  Now, about that outreach…

Previous WHY LIGHT PARTIES?
Next Should Christians have the Covid Vaccine?